Teresa Ann Duke was born in Washington, D.C. in 1962. The daughter of two physicians, she spent much of her childhood developing her passion for art while painting alongside her mother. In 1987, the artist moved to Warrenton, Virginia while pursuing her Master of Fine Arts degree at George Washington University under the tutelage of William Woodward. While there, she received the Robert N. Alfandre award for drawing. Afterwards, she spent several years in scenic Rappahannock County, Virginia developing a love of plein airpainting. Ms. Duke spent two years living in northern New Mexico interpreting the brilliant light and saturated colors of the high desert. She studied with Wolf Kahn during this time at the Santa Fe Institute of Fine Arts. Ms. Duke had the privilege of working with noted portrait master Daniel Greene during the summer of 2009.Currently the artist lives and works in Fauquier County, Virginia and teaches art to young people at Wakefield School in The Plains, Virginia. Her recent work continues to focus on the local landscape, still life, and equine subjects.

Recently her painting, Paddock at Keeneland was chosen for the 75th anniversary issue of Keeneland Magazine in the fall of 2011. She was a featured artist in The Piedmont Virginian, Winter 2012. She was a juried artist at the 2011 Painting Annapolis plein air event, and received an Honorable Mention for her painting View Down Prince George Street. Youngblood Art Studio in The Plains, Virginia featured Ms. Duke’s recent work at their December 2011 show. 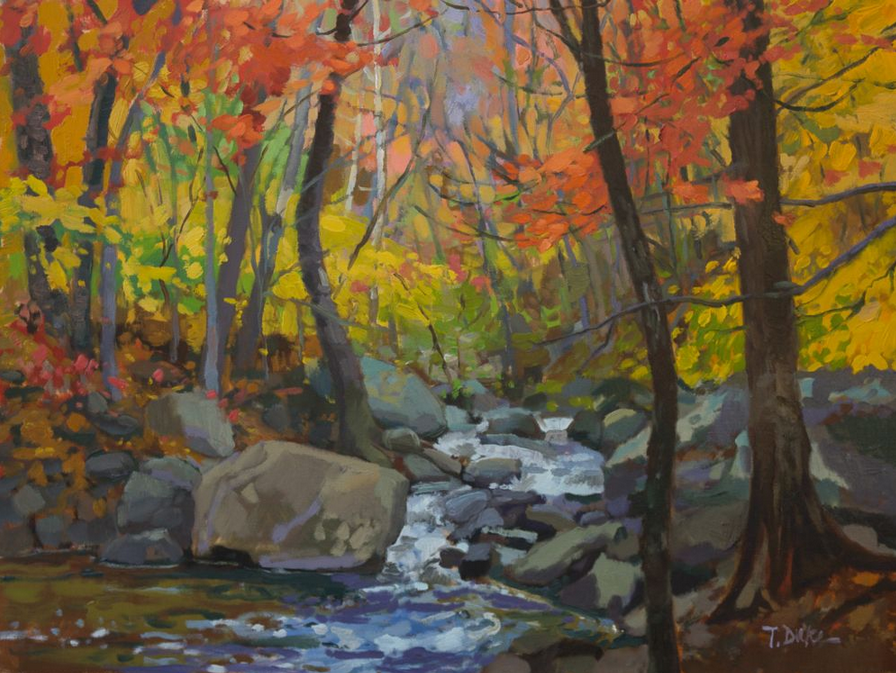